The agreement seeks, among other things, to promote dialogue between scientists from both countries to develop joint research on topics of common interest. 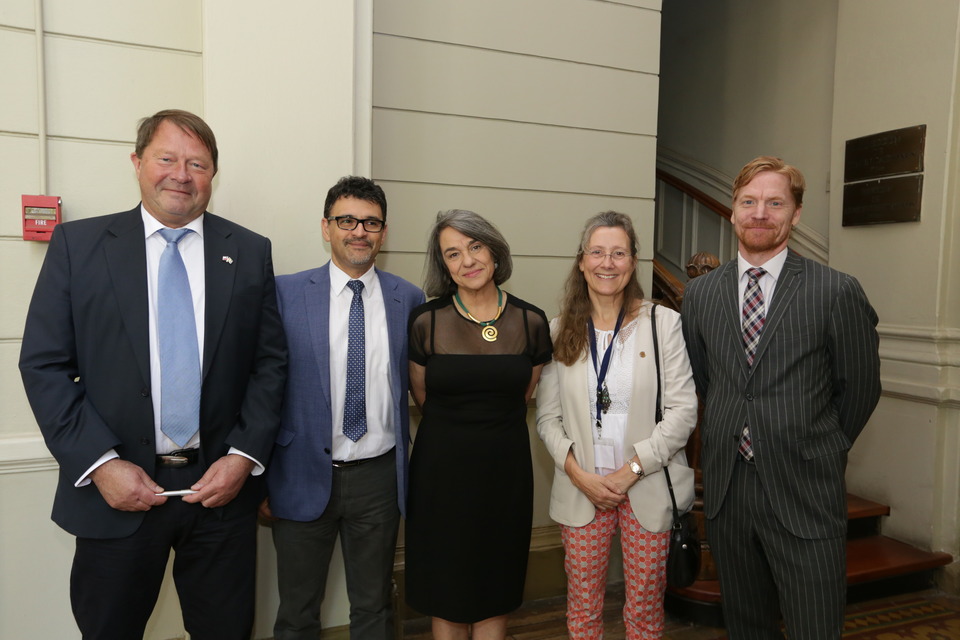 In the room of the UC Honorable Superior Council, the signing of a Letter of Intent took place on November 30, between the Universidad de Chile, Universidad Católica, together with the Swedish universities of Lund and Uppsala, to enhance the joint research between the two countries, and leading to the 2017 Chile-Sweden Academic Forum.

The document was signed by the UC Vice-President for Research Affairs, Sol Serrano; the Universidad de Chile Vice-President for Research and Developmen, Flavio Salazar; the Dean of the Faculty of Sciences of the University of Lund, Olov Sterner; and the Vice-Dean of the Faculty of Science and Technology at Uppsala University, Marika Edoff. Also present at the ceremony were the Swedish ambassador to Chile, Jakob Kiefer, and a delegation of 20 people from both Swedish universities.

After the signing ceremony of the document, the UC Vice-President for Research Affairs, Sol Serrano, commented on the relevance of these relationships and the long work that has been done to lay the foundations for these new relationships today. “The idea is to formulate studies on topics of common interest, which allow us to internationalize research with developed nations, with the aim of making national science a radical contribution to our society, that Chile can position itself on issues of scale worldwide ”, emphasized Serrano.

Among the purposes pursued by the signed document is to strengthen ties between the institutions and, through a permanent academic forum, promote the exchange of academics and students.

Likewise, the agreement seeks to promote dialogue between researchers, students and professors from both countries, around issues of common interest.