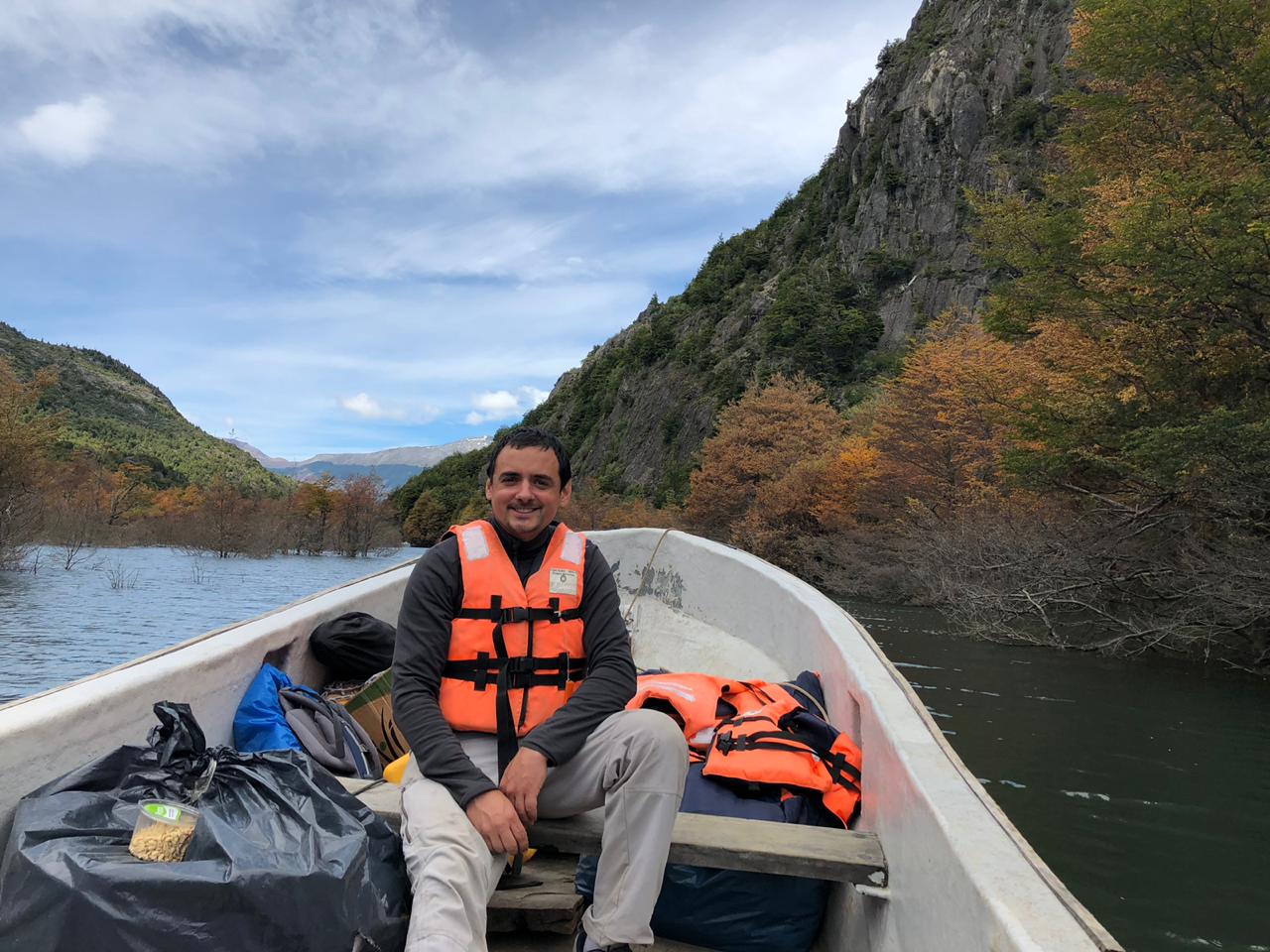 The French researcher, Paul Amouroux, highlights how important it is for his research to be able to see how climate change affects the plant and animal communities in a sparsely populated area, such as Valle Exploradores (Patagonia).

“The UC Field Stations are open-air laboratories, where you conduct endless research on biodiversity and insects,” says Paul Amouroux, a French entomologist with an agronomist training, specializing in biological control and integrative taxonomy, after the opportunity to develop their research at the Atacama and Patagonia UC stations.

In 2018, Amouroux was awarded a Fondecyt postdoc project titled “Cryptic and Unknown Species of Armored Scale (Hemipera: Diaspididae) in Chile: challenge for the agriculture and the biological control”. For three years he has traveled the country, from north to south, collecting scales on cultivated plants, but also on native-endemic plants, with a particularly unknown entomofauna.

At the beginning of his investigation, the entomologist got in touch with the director of the Atacama UC Station, Pablo Osses, and the coordinator Constanza Vargas, to organize a 3-day visit to the station. “It is a totally surprising environment, obviously desert, but paying attention, you discover a biodiversity particularly adapted to that relative drought (fog), both flora and insects (birds and reptiles were also observed)”, comments Amouroux.

Although one of the species that caught his attention was the sand mimic grasshopper, unfortunately he could not find scales during his tour of the station. “However, it was a relevant experience to have a new look at this desert area in northern Chile and sharpen my eyes to detect vegetation and insects”, emphasizes the expert. 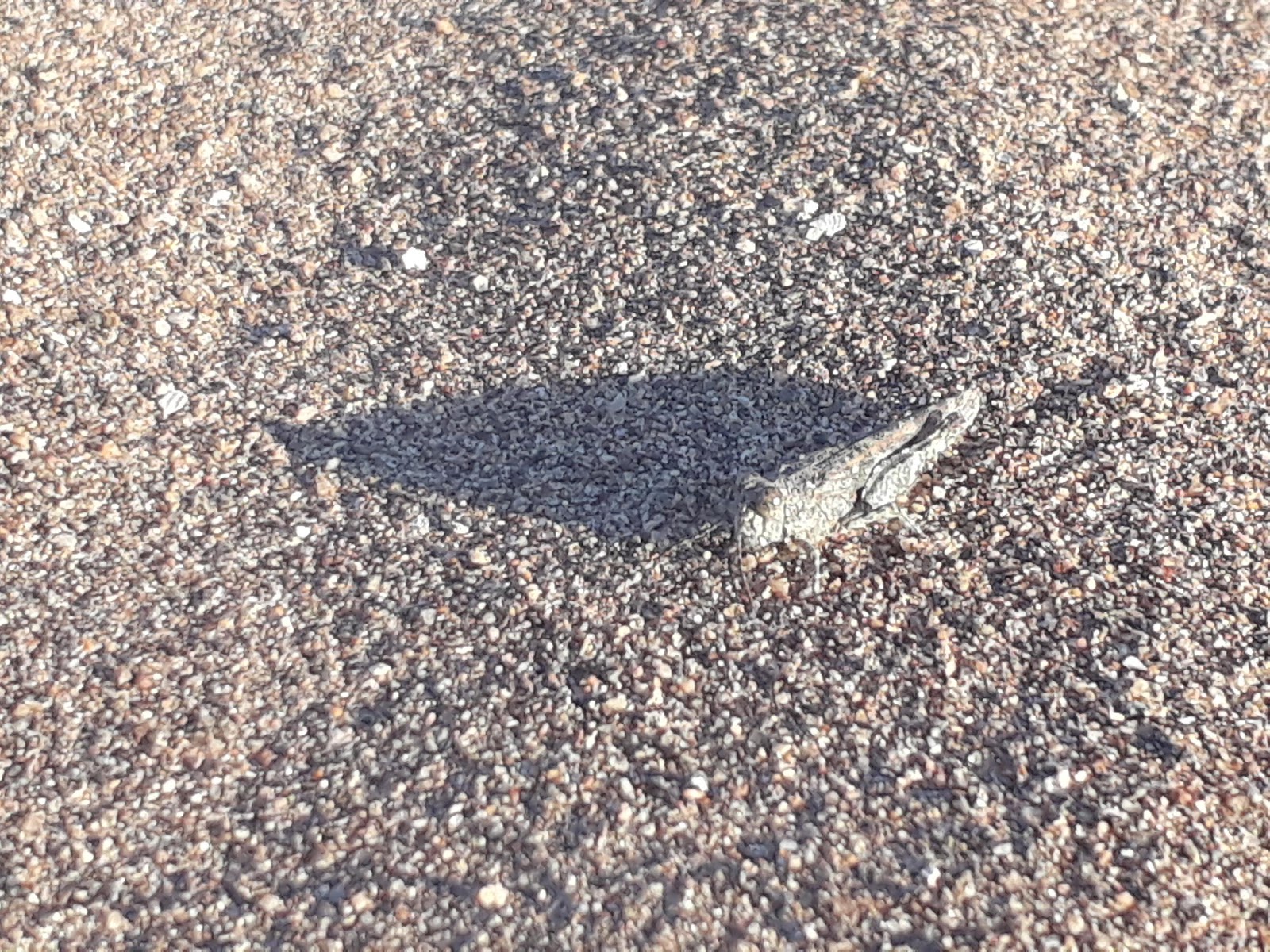 The mimic sand grasshopper was one of the species of insects that surprised the French expert in Alto Patache.

A different experience would his visit at the Patagonia Station be, where the opportunity presented to develop a new project on arthropods of the Exploradores Valley, funded for two years and entitled “Arthropods of Bahía Exploradores (Chile: Aysén): bioindicators of past human activities and future changes sentinels. First step: Biodiversity inventory”. It generated an important network of interdisciplinary work with entomologists from the National Museum of Natural History and the Entomology Institute of the Metropolitan University of Education Sciences. The aim is to identify the biodiversity of the different habitats from Valle Exploradores, focusing on Lepidoptera (butterflies and moths), Coleoptera (beetles among others), Arachnida- Opiliones (harvesters or daddy longlegs) and Terrestrial Crustacea (woodlice).

“This January will be the third expedition of this project, where I will go to collect samples at the station in the company of Jorge Pérez-Schultheiss, curator of the Invertebrate area of ​​the National Museum of Natural History. During this year, we hope to make a first publication on the progress of this research”, anticipates the French expert.

The President of the Atacama UC Field Station, Pablo Osses considers that both doctoral and postdoctoral students “are fundamental pieces in research, both because of the level of knowledge they have and the longest period with which they handle their research and because they can approach it with higher levels of complexity. This allows us to achieve important findings and produce more concrete knowledge,” he says.

“When there are more postdocs working, it is because an international network was previously built so that a new postdoc finds research and work site, but without a doubt, a good postdoc with the results associated with their disseminated work, can be a powerful promotional channel based on the value of the work of the stations”, adds Osses.

The President of the Patagonia Station, Alejandro Salazar, agrees that having foreign postdoctoral candidates contributes to the formation of national networks, particularly on topics developed in related areas. “What we are trying at the stations is to generate more interdisciplinary networks,” he says.

“Postdoctoral students help at the station, developing and deepening particular topics, that is their main contribution. Through their autonomous research, they have the ability to investigate particular aspects, which they can deepen within their research projects and which are often related to other topics,” Salazar adds.

The UC Office for Research Director, María Elena Boisier, comments that postdoctoral students “are a world of updated knowledge that comes from universities, not only from Chile but from different parts of the world. This fresh learning is accompanied by a great motivation to apply knowledge in the field and to discover new environments and contexts. It is there, where the Network of UC Regional Centers and Stations is an interesting platform for both Chileans and foreigners to adapt their knowledge to the diversity present in Chile, which is also representative of the world’s natural and social ecosystems”.

The Atacama UC Station President, emphasizes the large presence of doctoral students, researchers from other universities and postdocs who seek to work on specific subjects at the station. “It has happened to us with lichens, it’s happening in this case with Paul. Given the ecosystem and exclusive value of Patache as a work area, great findings are produced and, given the potential of the territory and the capacity of the researcher, they manage to consolidate the result, and the introduction into the scientific community of that result,” says Osses.

“The value of Paul is that he was able to deepen his research, open new lines that were not present at the station in the past months and at its origin. He has been able to develop and invite other researchers from Chile to participate in his research, therefore, it is a very important value that he has been able to handle using the opportunities that the station has; and to generate and expand its research networks, with the support of the Patagonia Station,” concludes Alejandro Salazar. 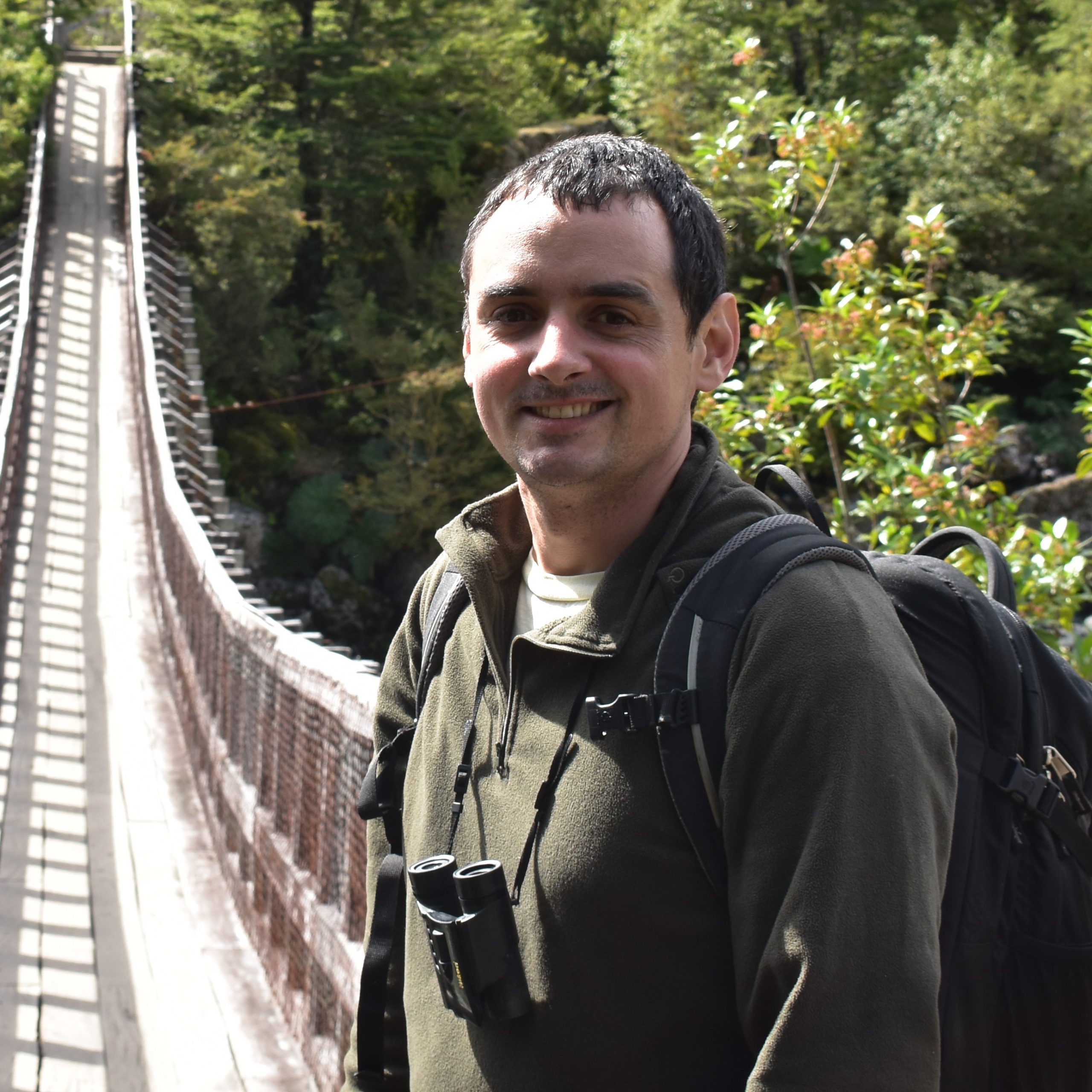 In 2021, Paul Amouroux will continue to develop his project “Arthropods of Bahía Exploradores (Chile: Aysén): bioindicators of past human activities and sentinels of future changes. Stage 1 Inventory of biodiversity”.