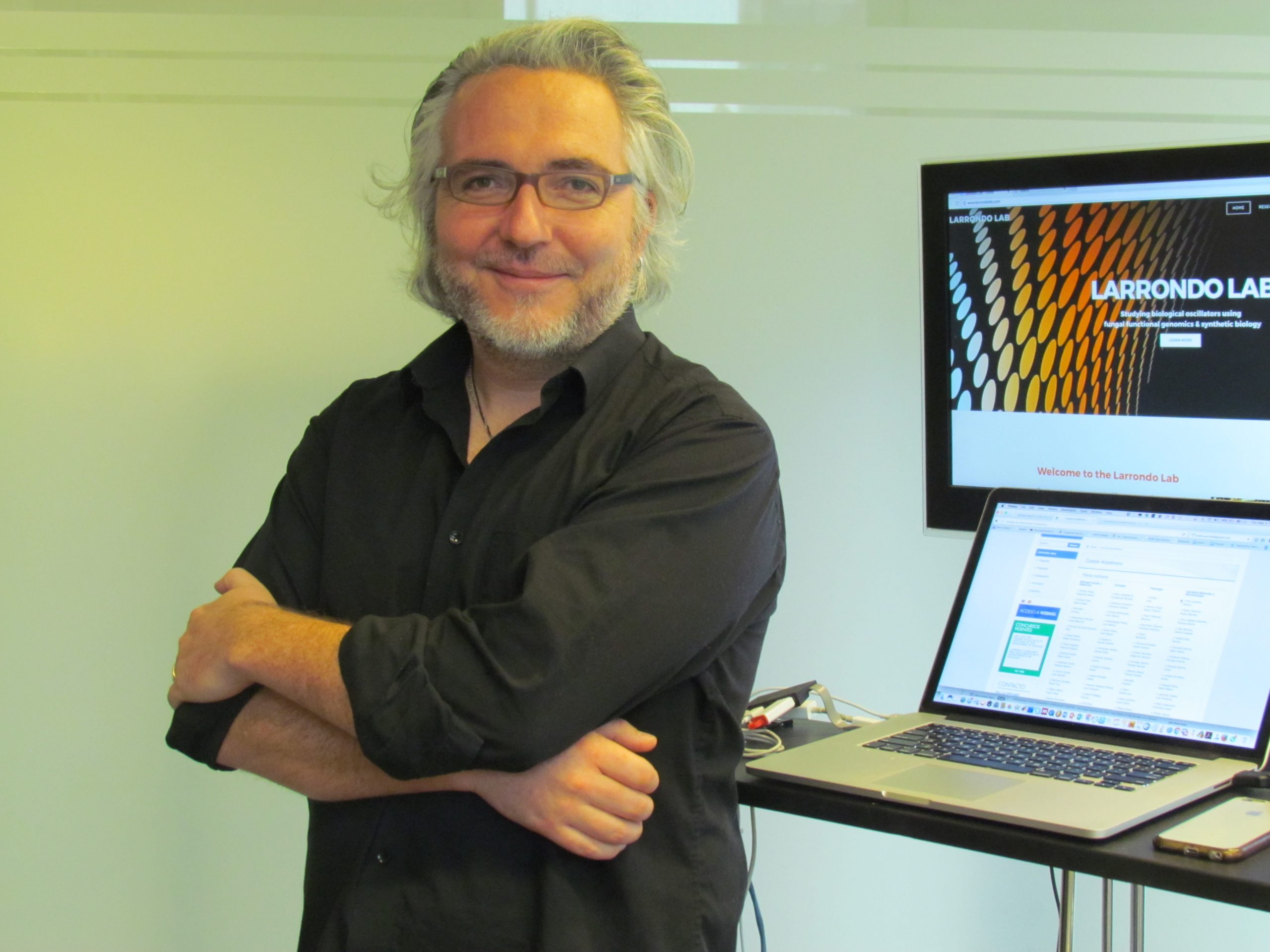 The academic from the UC Faculty of Biological Sciences and director of the Millennium Nucleus of Integrative and Synthetic Fungal Biology, Luis F. Larrondo was selected by the Howard Hughes Medical Institute (HHMI) of the United States as one of the 41 “2016 International Research Scholars”. This program seeks to give an incentive to the trajectory and potential of the most outstanding researchers in the area of ​​biomedicine, in the early stages of their careers, and who work in countries that do not belong to the G7.

Those selected from more than 1,400 applications worldwide will receive funding for 5 years to conduct research. The elements considered for the election of Dr. Larrondo include a novel proposal to approach the study of chronobiology, redefining paradigms and determining the plasticity, from the genetic point of view, of circadian clocks. The award is an incentive for young scientists and offers the freedom to pursue new research directions as well as creative projects that could become world-class scientific programs.

Dr. Larrondo’s research focuses on understanding the molecular mechanisms of biological clocks and that allow living organisms, including humans, plants and fungi, to be synchronized with the Earth’s day-night cycles. Synthetic biology and optogenetics have allowed him to better understand how these rhythms work and to make alternative designs that could give rise to a functional circadian clock. “Much of what we are proposing in this project has to do with starting to implement circuit designs that do not exist in nature,” explains the doctor.

During his years of research, this scientist has been a pioneer in redefining the molecular mechanisms of circadian rhythms and also in identifying for the first time how circadian regulation impacts virulence in a pathogenic fungus.

Unraveling the secrets of biological clocks is not an easy task and even more so if you opt for an exploratory approach guided by curiosity. “However, the gains can be greater than with a classic initiative, where the research is limited to a central hypothesis. I believe that this project is also a recognition for all those who are and have been part of my group. The idea is that this financing allows me to open new lines, access equipment to enhance areas that I have not been able to develop, as well as invest in human capital”, the academic points out.

Dr. Larrondo’s project is eminently basic science; however, it could be a contribution to biotechnological processes, optimization of the production of drugs or biomolecules of biomedical importance, as well as the development of tools for gene therapy. Optogenetic art is another of the social and dissemination edges of this research.

Of the 41 projects funded by HHMI’s “2016 International Research Scholar” program, only three went to researchers in South America, these awards being concentrated in Chile. The other two awarded researchers were Drs. Fabiola Osorio from the Universidad de Chile and Carlos Blondel from Universidad Autónoma de Chile.

HHMI is a nonprofit medical research organization and one of the largest philanthropic institutions in the United States that plays an important role in advancing scientific research and education. The Institute also aims to transform science education into a creative and interdisciplinary endeavor.