In front of a large number of national and foreign audiences, the First Academic Forum Chile-Sweden 2017 was held from August 14th and 18th, organized by the Pontificia Universidad Católica de Chile and the Universidad de Chile, in conjunction with the universities of Lund and Uppsala of the European country. 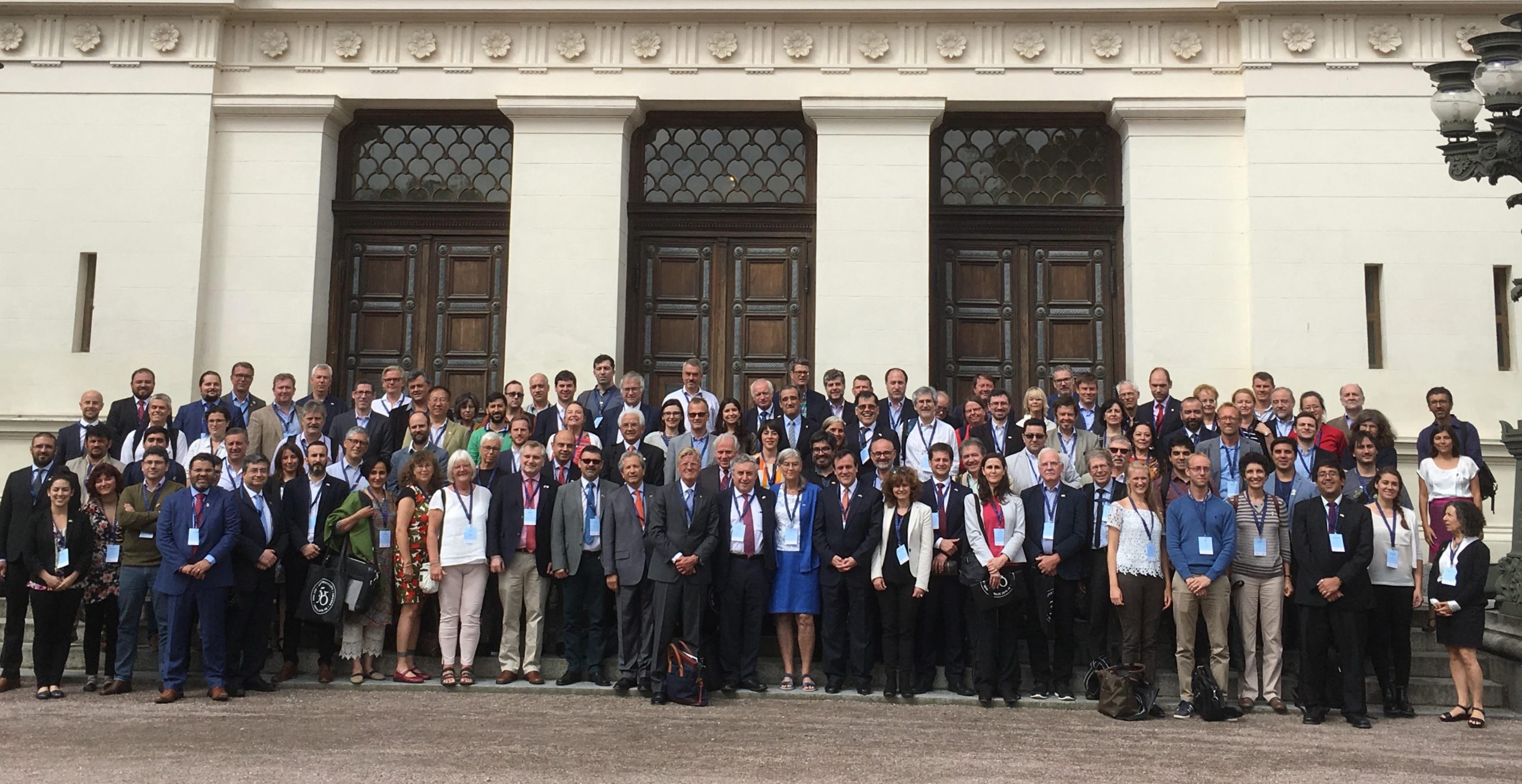 The event, which brought together more than 130 participants; among them 60 academics and researchers from the organizing Chilean universities and another important number of Swedish academics from the University of Lund and Uppsala; integrated workshops focused on three strategic areas of interest to the four universities and that seek to solve the common problems of both countries: modern threats in the area of ​​health, sustainable exploitation of natural resources and contemporary migration.

Held in the university city of Lund, and with the presence of Presidents of participating Chilean universities, Ignacio Sánchez and Ennio Vivaldi; in addition to the President of Conicyt, Mario Hamuy and the Ambassador of Chile in Sweden, José Goñi. The Chile-Sweden Forum seeks to promote collaborative interdisciplinary research, strengthen links between institutions, promote the exchange of academics and students, dialogue between researchers, students and professors from both countries around topics of common interest and open new sources of funding .

Pontificia Universidad Católica de Chile President, Ignacio Sánchez, highlighted the holding of this academic meeting in Sweden within the framework of the Mineduc Internationalization project, which began with his visit to Lund in 2015 and was strengthened with the State visit from President Bachelet to Sweden last year.

“It has allowed not only this academic and bilateral collaboration with two Swedish universities, but it will also strengthen ties of knowledge exchange on a multiplicity of common interest topics and will create agreements that promote the opening of new horizons in research, thus benefiting quality of life and the development of our countries,” affirmed the Rector in his opening speech to the Forum.

For this First Forum, parallel discussion sessions focused on 3 main areas: health of modern society, the exploration of the water-land-energy nexus, and contemporary migrations; where in addition the concept of interdiscipline played the common and main factor.

In the area of ​​”Contemporary Migrations: New Social Challenges and Mobility Experiences in the Swedish and Chilean Context”, a dialogue was held where it was recognized that migratory situations are embedded in global political economies, poverty, global change, the wars … both in Sweden and in Chile. They also agreed to work on certain questions as ongoing issues to be addressed, such as, how factors and actors influence mobility/displacement experiences in Sweden and Chile or how are the experiences of (dis)encounters portrayed by different actors in both countries . They also discussed internal migrations within nations and how they were present in the Mapuche and Sami populations.

On the theme of “Exploring the water-land-energy nexus: towards sustainable agriculture, forestry and mining in Sweden and Chile”, the discussions on climate change and climatic variables (water scarcity, external phenomena), as well as population growth and the implications of global socio-ecological transformations. As a study objective and starting point, the group chose the province of Choapa in Chile, where the interaction of resources is key to the national economic system.

Finally, “Challenges of health in modern society” exposed the challenges and objectives discussed when addressing the problem of antibiotic resistance, the challenges and effects of the aging process of the population and on the fight against cancer, which attracted and brought together researchers from different disciplines. Among these three subgroups stood out the intentions of collaboration to identify specific research issues, share knowledge and develop new projects and technologies and make them more visible.

As a complement to the Forum and as closing of the meeting, Catterina Ferreccio, Professor and Director of the Doctoral Program in Epidemiology at the UC School of Medicine, spoke about the Best Practices for Interdisciplinary Synergies. The also Director of the Advanced Center for Chronic Diseases (ACCDiS) gave the ACCDiS center as an example of Interdisciplinary Research in Health, whose objective is to identify the common causes of chronic diseases to inform prevention strategies to improve population’s health.

Ferreccio spoke specifically about the population cohort of Maule, MAUCO, whose objective is to survey and examine a group of 10,000 people from the commune of Molina over a period of 10 years. This is to study what factors influence or prevent the development of cardiovascular diseases, diabetes, obesity, respiratory diseases, dementia and cancer in our population and to be a reference model in adult health for Chile and other countries.

UC Vice-President for Research Affairs, Pedro Bouchon, was satisfied with the results and what was obtained in the two days of parallel work, where in a few days and hours a convergence of interest was built and it was possible to establish, from this initial brainstorming, specific topics that allow to be more actionable.

“Our mission now is precisely to see how we can preserve this effort over time,” said the Vice-President. “Reinforce mutual knowledge between the groups so that they can really advance ideas that are more evolved than what they could do and use the advantages that already exist today in each of the universities to be able to generate actionable initiatives in the near future,” said Bouchon.

History of the Chile – Sweden Forum

The process of the Chile – Sweden Academic Forum began as a result of the UC President Mr. Ignacio Sánchez to the University of Lund in 2015, where the possibility arose of organizing a meeting between the UC together with a group of Chilean universities and Swedish universities, with the aim of developing research activities and academic exchange in different areas of mutual interest.

At the end of last year, in preparation for the Chile-Sweden Forum 2017, Swedish researchers and academics from the universities of Uppsala and Lund visited Chile within the framework of the Internationalization project of the Pontificia Universidad Católica de Chile and Universidad Chile. The aim was to exchange scientific knowledge and sign a Letter of Intent between the four universities to promote joint research between both countries.

At the beginning of this year the second preparatory meeting was held in the city of Madrid, where the development of the Academic Collaboration Chile-Sweden (ACCESS) platform was deepened. It seeks to establish long-term scientific and academic cooperation between both countries, through activities that allow obtaining financing for the established lines of work, and the program of activities associated with the August Academic Forum was defined.

The Second Chile-Sweden Academic Forum will be held on November 26th next year in Chile, thus annually changing the country and institution alternately.