On a trip to Latin American universities that includes stops in Argentina, Brazil and Chile, the rector of the University of Stockholm, Astrid Söderbergh Widding, visited UC Central House to meet with President Sánchez. 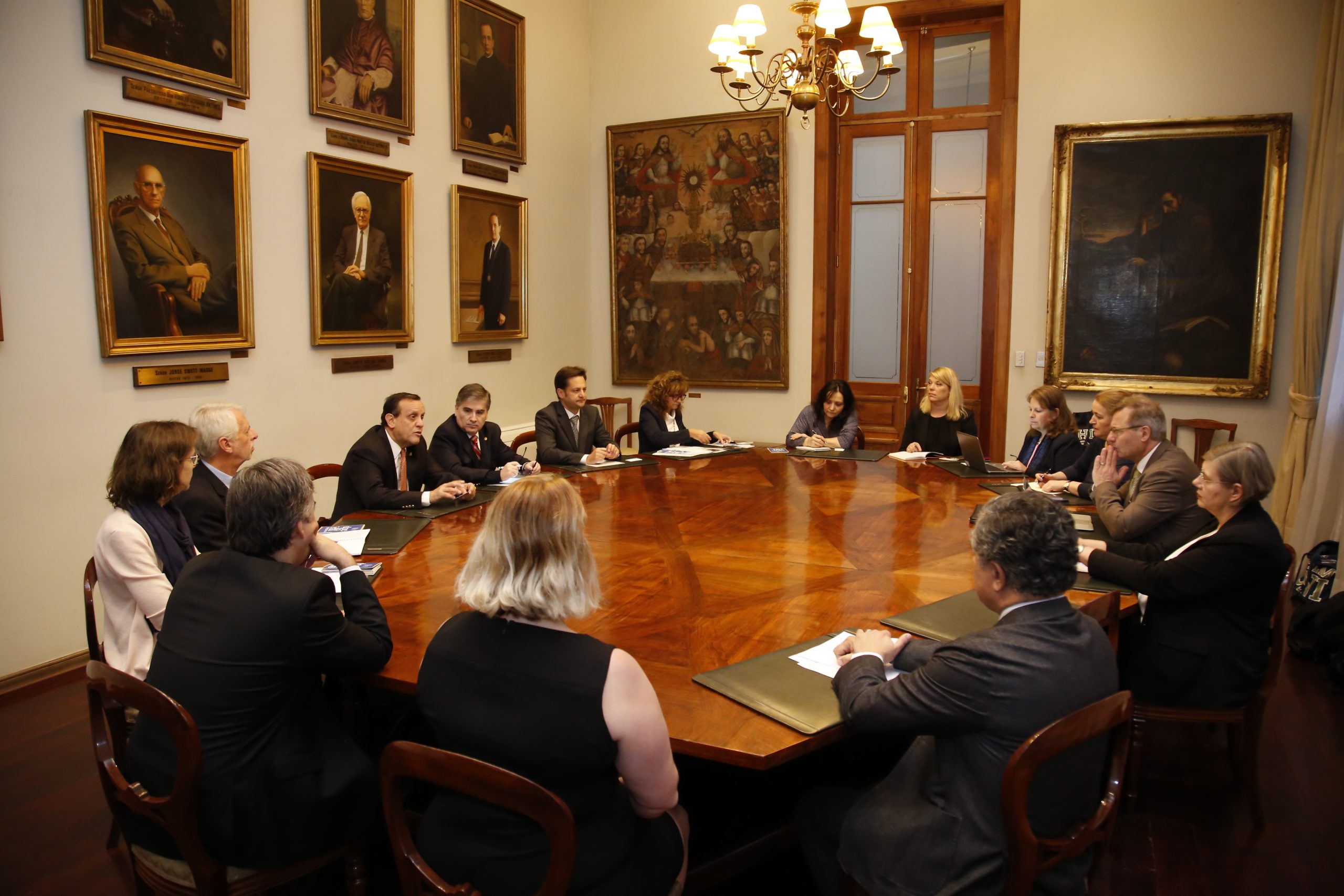 The Swedish delegation, made up of seven people, among whom were the Director of the Institute for Latin American Studies, the Director of International Affairs and the person in charge of Student Services, expressed their desire to continue with the important student exchange that exists between the two universities –UC is the destination of the majority of Stockholm University students who come to Chile on exchange– and they showed great interest in delving into matters related to Latin American studies.

Likewise, Rector Söderbergh expressed her desire and enthusiasm for participating in the next Chile-Sweden Academic Forum to be held this year in our country.

In August of last year, within the framework of the UC and Universidad de Chile  Internationalization project, the first version of the Forum was developed in Sweden, with the Swedish universities of Lund and Uppsala, and with the aim of developing research and academic exchange in different areas of interest between both countries.

The Second Chile-Sweden Academic Forum, which should include the participation of other Chilean and Swedish universities, such as the University of Stockholm, will take place the week of November 26 this year in Santiago.

Stockholm University, with more than 34,000 students and 5,000 staff members, including some of the world’s most prestigious scientists, is one of Sweden’s largest higher education institutions and offers the highest quality level in education and research in natural sciences, humanities, social sciences and law.