Recognized worldwide for his advances in immunology, this outstanding scientist spoke about the events that marked his life and the milestones in his superb career, before an audience that filled the Hall of Honor. 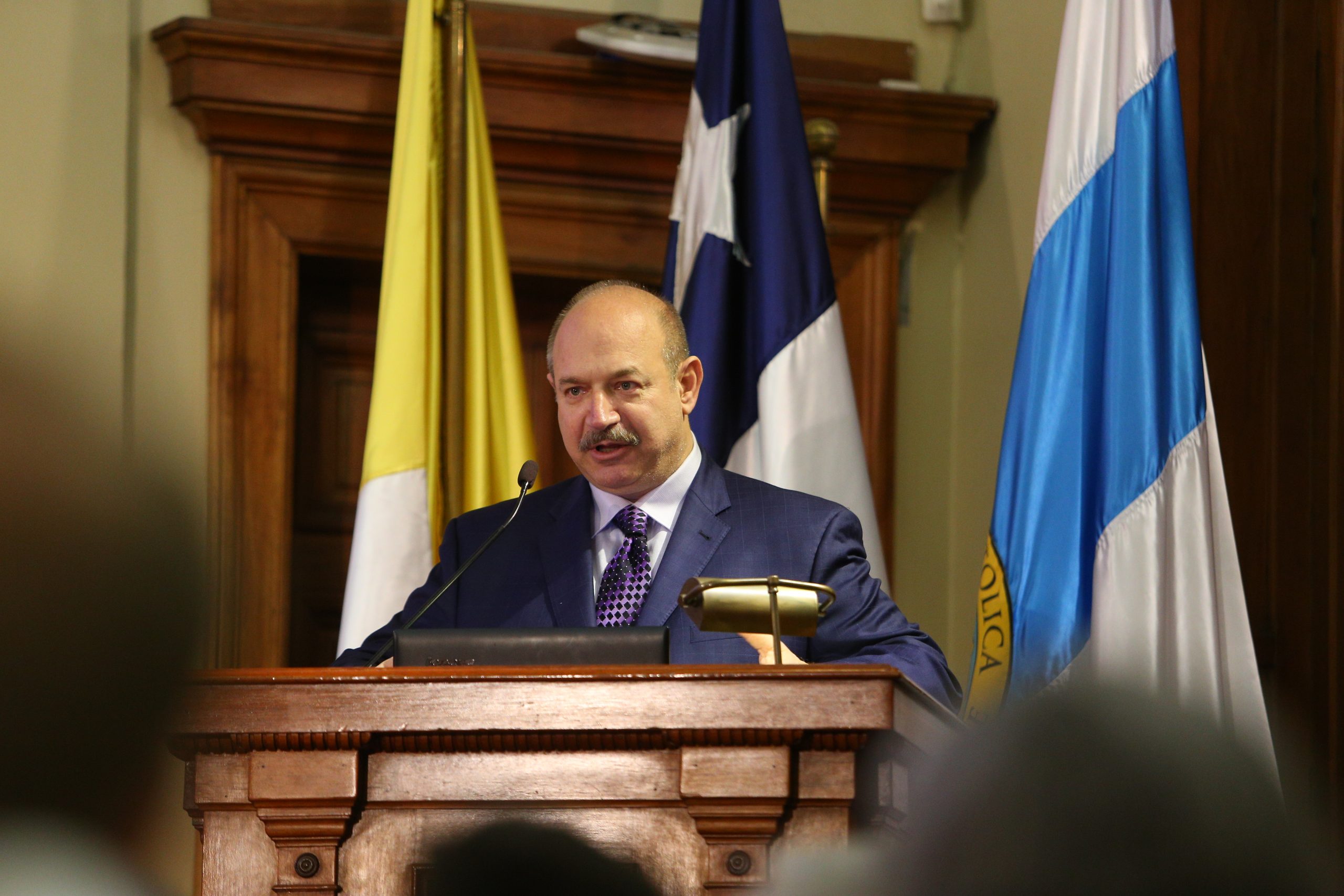 A grandmother with a prodigious memory who learned computers at the age of 90 and a father who became a renowned biomedical scientist are the two models that inspired Bruce Beutler, the 2011 Nobel Prize winner in Medicine and Physiology. Perhaps that hunger for knowledge made him interested in science and nature from his childhood, in a suburb of Los Angeles, United States. “When I was in school, my brother gave me a book on molecular biology that generated great interest in me,” he recalls. To this was added his love for classical music. “Something unusual for a 14-year-old boy,” he says, highlighting the role of his teachers.

This is how this outstanding scientist began his lecture in a crowded UC Hall of Honor, on January 18th, within the framework of the Future Congress. Motivation as a key element at the beginning of his career was an element that stood out in front of an audience composed especially of graduate students and researchers, as well as the general public

Of course, he ignored the recommendation, focusing more and more on genetics issues. Thanks to his perseverance, he understood the innate mechanisms of resistance to infections, which he later called autoimmunity. “You don’t need to have a hypothesis. It is better if one investigates an exception to the rule ”, he recommended.

Interested in the mechanism by which LPS activate cellular mechanisms of immunity in mammals, Beutler used these tumor cells to produce phenotypes to identify LPS receptors. He also studied how one of the receptors on the mammalian cell membrane – known as TLR4 – detects the molecules that cause autoimmune diseases, such as lupus.

Beutler and his colleagues were able to complete the mapping of the LPS gene in 1998. He then continued to apply his genetic discoveries in the study of animal immunity in mammals, especially regarding gene mutations that occur in autoimmune infections; as well as it has also continued its investigations regarding the defined response against infectious agents. It has also identified genes required in other important biological processes, such as the regulation of iron absorption and embryonic development.

A Nobel laureate at UC

Bruce Beutler was received by President Ignacio Sánchez; the Provost, Guillermo Marshall; the Vice-President for Research Affairs, Pedro Bouchon and the Director of Research Affairs, María Elena Boisier, along with Adam Smith, from the Nobel Foundation. Along with thanking him for this “generous” visit -organized by the Vice-Presidency for Research Affairs in conjunction with the Nobel Foundation-, the President presented him with the UC Centennial Silver Medal, which precisely seeks to distinguish prominent personalities.

“The visit of Dr. Bruce Beutler is a relevant milestone for our University, since his conference was of great inspiration and motivation for students, researchers and academics; in addition to being an instance open to the community, allowing us to bring the general public closer to a outstanding scientific figure, who has made an enormous contribution in the field of immunology “, affirms President Sánchez.

In addition to the conference “Discovering Phenotype and Ascribing it to Genes”, Dr. Beutler held a meeting with students, mostly graduate students, who had the opportunity to ask him about his career, his scientific work and his vision from science.