It is the first alliance that seeks to promote online education and the collaborative work carried out between Latin American universities. During the third meeting of this association, made up of the TEC of Monterrey, Los Andes de Colombia and UC, Coursera for Partners was launched, a platform where the entire offer of online courses from the three institutions will be available and will benefit around 150 a thousand people. 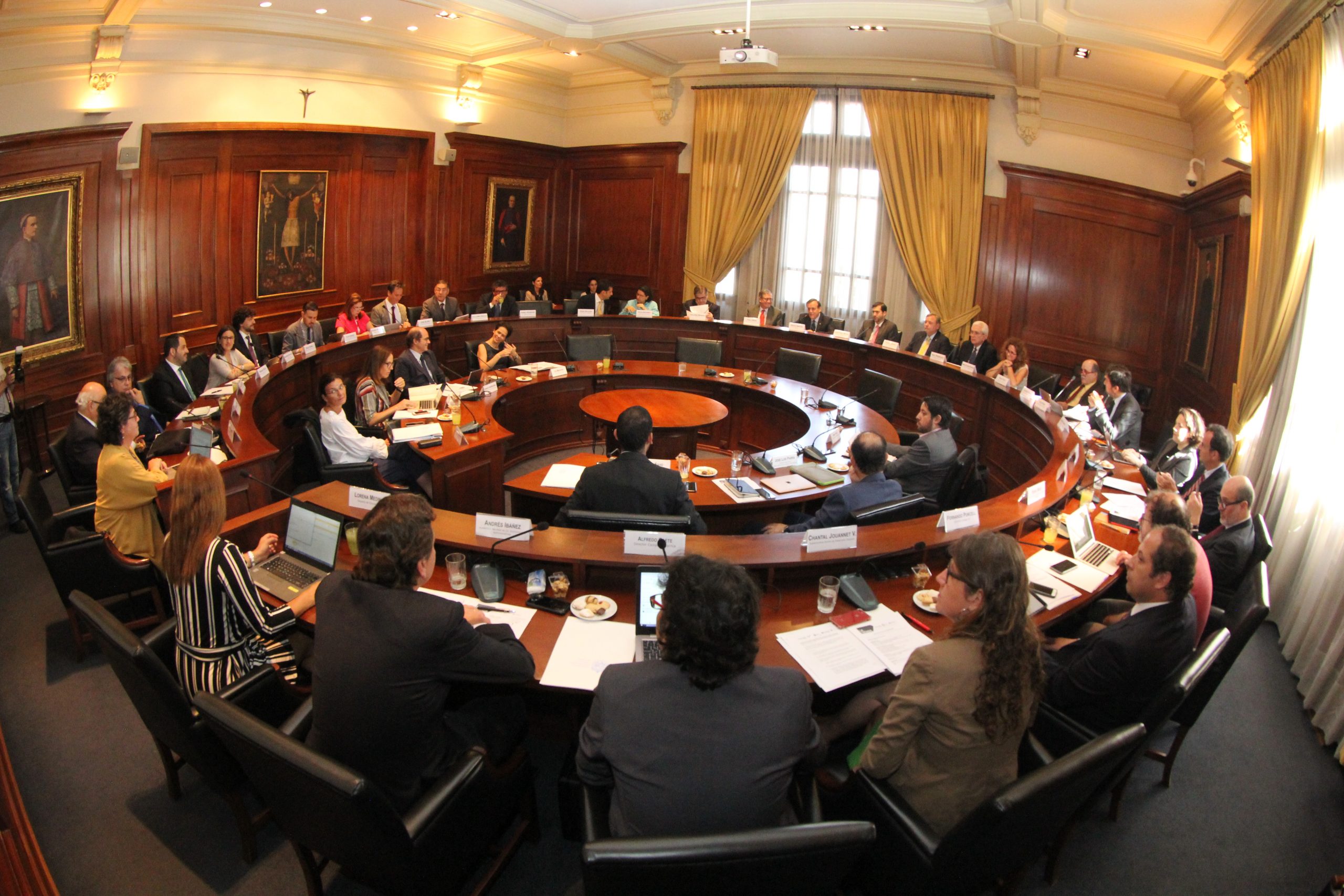 Joining forces and generating an impact in the region is the objective of the Tríada, an alliance of academic and research cooperation formed by the Universidad de Los Andes in Colombia, the Tecnológico de Monterrey in Mexico and the Pontificia Universidad Católica de Chile. To consolidate the work, that started a few months ago – since a collaboration agreement was signed on August 18 in Cartagena de Indias, Colombia – a delegation made up of authorities and academics from these institutions met at UC during January.

“Education is the key factor and the main driver of development and equity. It is the main pillar of sustainable social mobility, a pending issue in our region. This group can work a lot for the prosperity of Latin America. There is a potential for joint work in our region that we must promote ”, explained UC President, Ignacio Sánchez.

The development opportunities in Latin America represent a call to universities to play a more decisive role in the formation of leaderships, and in the design and implementation of public policies that contribute to the equitable and sustainable development of our communities and nations. “The existence of the Triada makes us distinctive at the regional and global level,” said Pablo Navas, Universidad de los Andes President, in Colombia.

Developing a knowledge society is one of the challenges that this Triada has imposed on itself. “We share common values, vision and challenges, but we also complement each other and here is the richness of an alliance of this type to give Latin America a voice,” added Juan Pablo Murra, Vice President of Relations and Development at Tecnológico de Monterrey, Mexico.

During the first working day, the advances that have been generated in joint projects in the areas of International Studies, related to corruption, migration, heritage and ethnic groups, online education and the program for creative industries were analyzed.

A platform to the world

One of the concrete fruits that the Triada has already generated is the project “Coursera for Partners”. It is an educational platform where online courses from the three universities will be available, with about 75 MOOCs (massive open online course) and seven specialized programs, which students and academics from the institutions that make up this initiative will be able to access and which was presented during the meeting.

“We have been working on this project for a year. This platform will allow students and academics from the three universities to take these courses and access a free certification for one year, that is, potentially more than 150,000 people will be able to access them”, explained Luz Montero, director of UC Online.

According to Jeff Maggioncalda, Coursera CEO, the company’s participation will go beyond the exchange of online classes, as it will also support the joint work of this alliance to create new courses and specialized programs. Among them, it will promote the development of new research projects, exchange and collaborative work between the three institutions, beyond just online courses. “For example, we are designing a joint Specialized Program called ‘Doing Business for LATAM’, run by the UC School of Management, aimed at foreigners who are interested in knowing more about how to do business in the region,” added Montero.

As part of the closing, the director of the Pacific Alliance Observatory, José Luis Parra, presented the progress of the Forum of Universities of Countries of the Pacific Alliance, stressing the preparation of the First Forum of AP universities to be held this year. the Strategic Observatory of the AP and the contribution of the academy to the development of the countries.

President Ignacio Sánchez referred to the Observatory of the Pacific Alliance and the Forum of universities in the region. “They are going to promote joint development on issues of Latin American interest,” he said. “There was consensus that this two-day session has meant real progress in the collaborative work of La Tríada, and new areas of joint work have been identified. We will meet during the second semester, probably in Colombia, to continue advancing in the tasks that we have analyzed in this meeting ”, he continued.

“The Triad is a very important platform to strengthen ties, not only in academic matters but also in research. In fact, there are already some topics in which synergies are being generated, especially in the field of social sciences. I believe that we must take advantage of the synergies that we have as universities with a similar culture, interests and challenges ”, affirmed María Elena Boisier,  UC Director for Research Affairs.

For his part, Universidad de los Andes de Colombia President, Pablo Navas, highlighted the importance of specifying future achievements and joint work commitments between the institutions of La Tríada. “We hope that in the second semester of this year we will begin with the exchange of students from our universities,” he said.

Also, Juan Pablo Murra, Vice-President of Relations and Development of TEC, referred to the need to channel common projects and cited the launch of the Coursera for Partners initiative as an example to follow. “Instead of letting a thousand flowers bloom, we must select two or three topics that are like the MOOCs of La Tríada, a platform for those who want to join,” he said.

Visit to the ECIM

Within the framework of the work of La Tríada, on Saturday January 19th, the delegation of the Universidad de los Andes, Colombia, led by its Vice-Rector for Research Affairs, Silvia Restrepo and the Vice President of the Internationalization Associate of the TEC, Raúl RodrÍguez, visited the Coastal Marine Research Station, ECIM, in order to learn about the facilities that UC has in Las Cruces, Valparaíso region, and the various projects that are underway.

The same was done on Wednesday 23rd by a group of members of the Monterrey TEC, made up of Juan Pablo Murra, Vice-President of Relations and Development, and Guillermo Hidalgo, in charge of the Internationalization Office of the Mexican university. They arrived at the Coastal Station to participate in a presentation of the ECIM by its director, Sergio Navarrete, tour its facilities and attend an exhibition of the Network of Regional Centers and Stations -RCER UC.