On June 27th, the commemoration of the signing of the Friendship, Trade and Navigation Agreement between Chile and Japan was held in the Panoramic Hall of the Ministry of Foreign Affairs of Chile and with a presentation by the award-winning Japanese scientist, Takaaki Kajita. 1897. 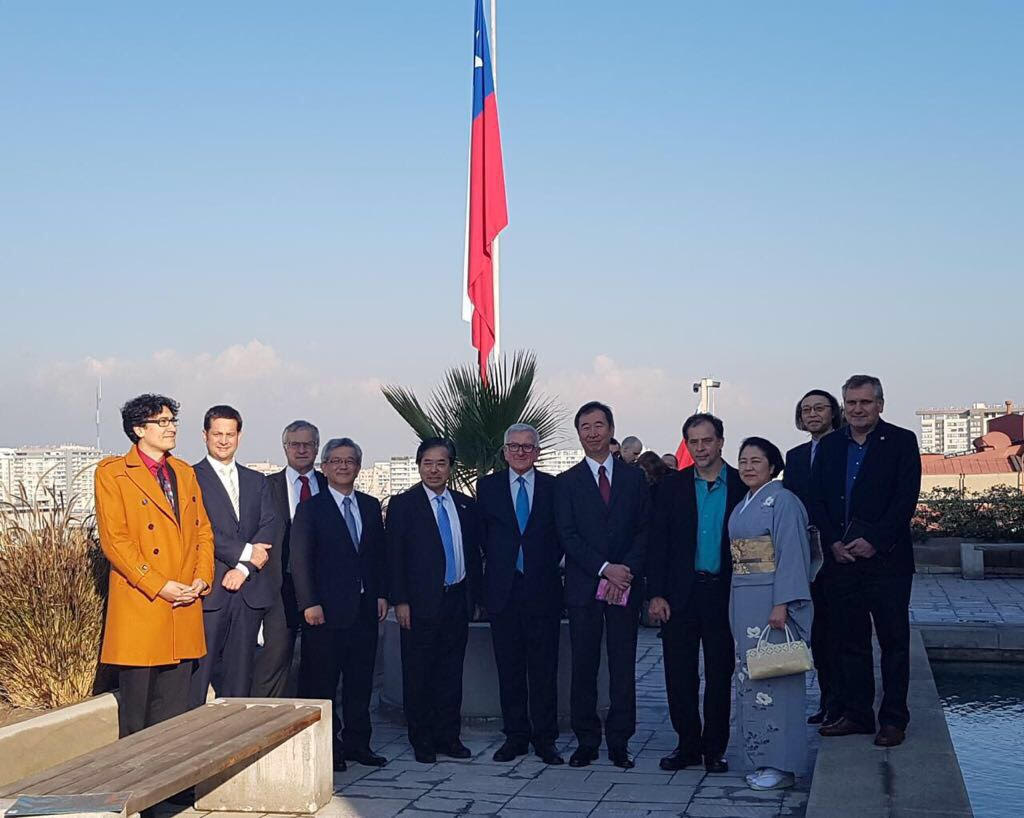 Organized by the Ministry of Foreign Affairs and the Embassy of Japan in Chile, along with the University of Tokyo, Pontificia Universidad Católica de Chile and University of Chile and the result of the collaboration program that these universities have with SEELA (Science Engineering Exchange with Lastin America), Takaaki Kajita gave the lecture “Unveiling the secrets of the Universe with neutrinos and gravitational waves”, his discovery of mass in subatomic particles called neutrinos, which earned him the Nobel Prize in Physics in 2015.

Kajita related how he observed atmospheric neutrinos that are produced by the collision between cosmic rays and the atmosphere on earth and discovered the phenomenon of “neutrino oscillation”, in which neutrinos can change type during their journey.

Before numerous national and international researchers and with the presence of the UC Vice-President for Research Affairs, Pedro Bouchon, and the Director of Research Affairs Office, María Elena Boisier, also director of the Tokyo Cosmic Ray Research Institute explained the relevance of his finding, the implications associated with the rethinking of the paradigms of physics and released details of the experimental project to measure gravitational waves in which he is currently working.

The detector, known by its acronym KAGRA (Kamioka Gravitational Wave Detector), seeks to join an international network for observing these space-time disturbances (produced by the collision of black holes and supernovae) as of the first half of 2018 and operate to its greater sensitive capacity towards 2019-2020. Kajita also noted that the ANDES (Agua Negra Deep Experiment Site) project is under study, an initiative with similar characteristics that would be developed on the border of Chile and Argentina.

To close the celebration of 120 years of bilateral relations between Chile and Japan, the Geidai Philharmonic Orchestra gave a presentation at the Universidad de ChileTheater.