Japanese telescope, which will be the highest in the world, begins its construction in Chile. 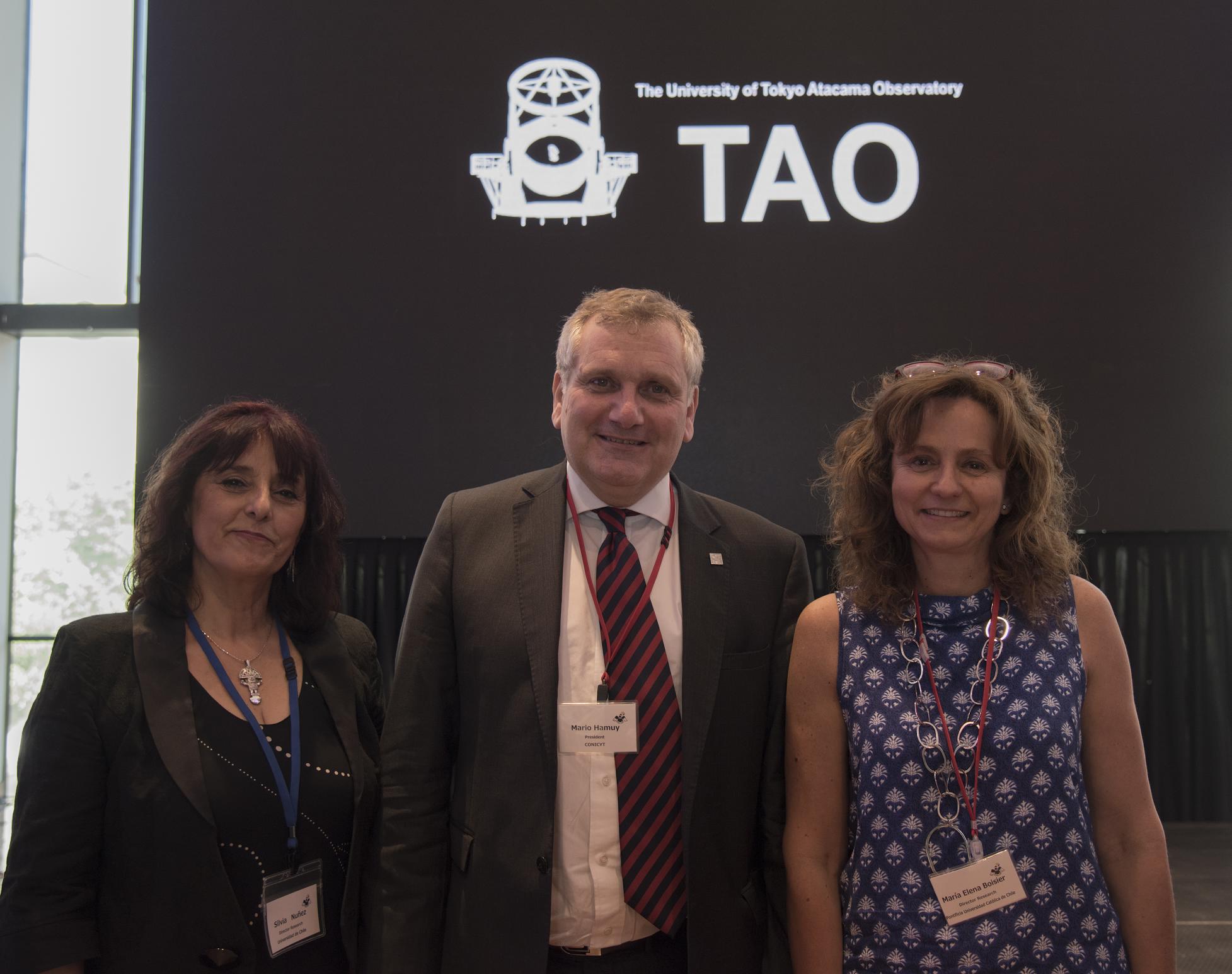 On November 22nd, the symbolic first stone ceremony of the Tokyo Atacama Observatory (TAO), the University of Tokyo (UTokyo) telescope located at the highest altitude in the entire planet, was held at the GAM Center in Santiago, which will be installed at 5,640 meters of altitude on top of Cerro Chajnantor, near San Pedro de Atacama.

The telescope, with the support of Pontificia Universidad Católica de Chile, should see its first light in mid-2019, said the project’s director, Yuzhiro Yoshii. “This observatory has a very high importance for Japan, because, in addition to conducting advanced astronomical research, it will be the main instrument to prepare students who will make up the next generation of astronomers. It will be like a school telescope,” he said. Once in operation, it will allow observations ranging from objects in the solar system to cosmological studies.

In the remainder of this year and all of the next, the path to the top of the hill will be widened, in order to be able to climb the optical structures, including the 6.5-meter mirror, which are ready in Japan. The instruments will be transferred by boat to Mejillones and then carried by truck to Chajnantor. Because infrared radiation is able to pass through dense, dark objects, TAO will be able to analyze the radiation generated around black holes in the center of galaxies and the formation of extrasolar planets.

UC authorities such as María Elena Boisier, Director Research Affairs Office, attended the first stone event of what will be the most powerful infrared observatory; as well as the president of CONICYT, Mario Hamuy, the person in charge of the implementation of the TAO project and astronomer of UTokyo, Mamoru Doi, among other national, Japanese and foreign personalities.