Swedish delegation visits the University in preparation for the second Chile-Sweden Academic Forum, to be held in November of this year in Santiago. 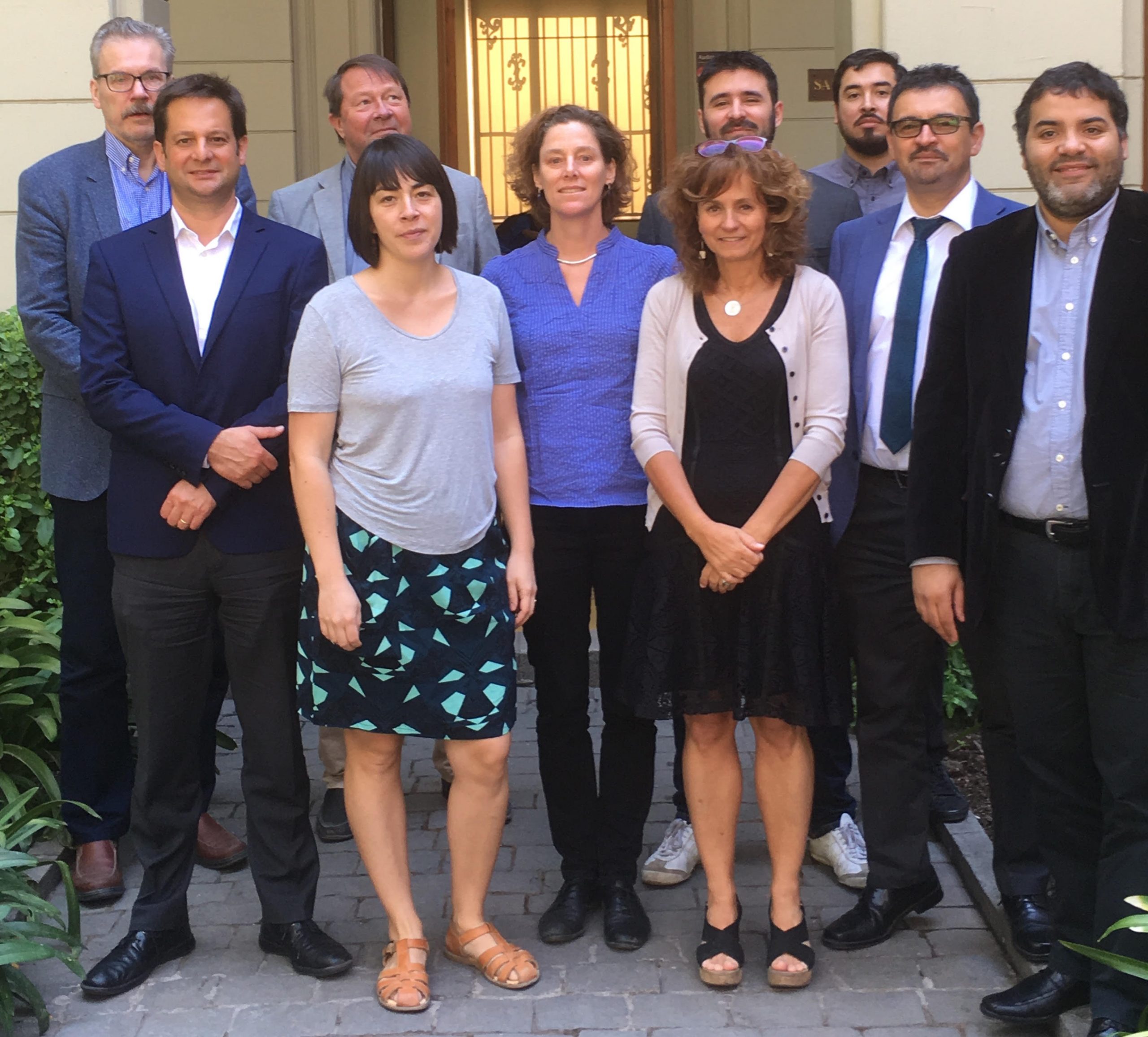 The committee representing the Swedish universities of Lund and Uppsala visited the Chilean universities that are members of the ACCESS platform,  -Universidad Católica y Universidad de Chile- to give continuity to the collaboration between both countries, propose new lines of interaction, analyze research areas and discuss next steps

On January 22nd, 23rd and 24th, both Chilean universities welcomed the five Swedish academics, who had the chance to meet with university authorities, representatives of the Scientific Committee, and the Executive Directorate of the Research Center for Integrated Disaster Risk Management (CIGIDEN, in Spanish) at UC San Joaquín campus, and Universidad de Chile facilities, in order to study new lines of cooperation between universities.

On this occasion, we received the visit of the University of Lund Vice-President for Research, Stacey Ristinmaa. She also gave a talk at the Anacleto Angelini Innovation Center, about the electron accelerator, the most powerful Swedish synchrotron in the world, the MAX IV, and the possibility of developing research and the use of its different machines and equipment to UC academics

The first Chile-Sweden Forum was held in Sweden on August 17th and 18th of 201, with work tables around the areas of health, natural resources and migration. The event brought together more than 130 participants, including 60 academics and researchers from the organizing Chilean universities, and another important number of Swedish academics from the University of Lund and Uppsala, coming together seeking to solve the common problems of both countries

As part of the preparation of the next forum, to be held in November this year, the four participating institutions  in the ACCESS platform, with the presence of Universidad Católica y Universidad de Chile Vice-Presidents for Research and  Directors of Research Affairs, met to speak on the results and conclusions of the 2017 forum, the next research areas to be addressed, the inclusion of other Chilean or Swedish educational institutions, financial opportunities and the agenda for 2018.

The ACCESS platform (Academic Collaboration Chile-Sweden) is an initiative that, since the end of 2016, seeks to establish long-term scientific and academic cooperation between both countries, through activities that allow obtaining financing for the established lines of work.