Integration, dialogue and scientific cooperation are some of the objectives that brought together representatives of universities from Mexico, Colombia, Peru and Chile. 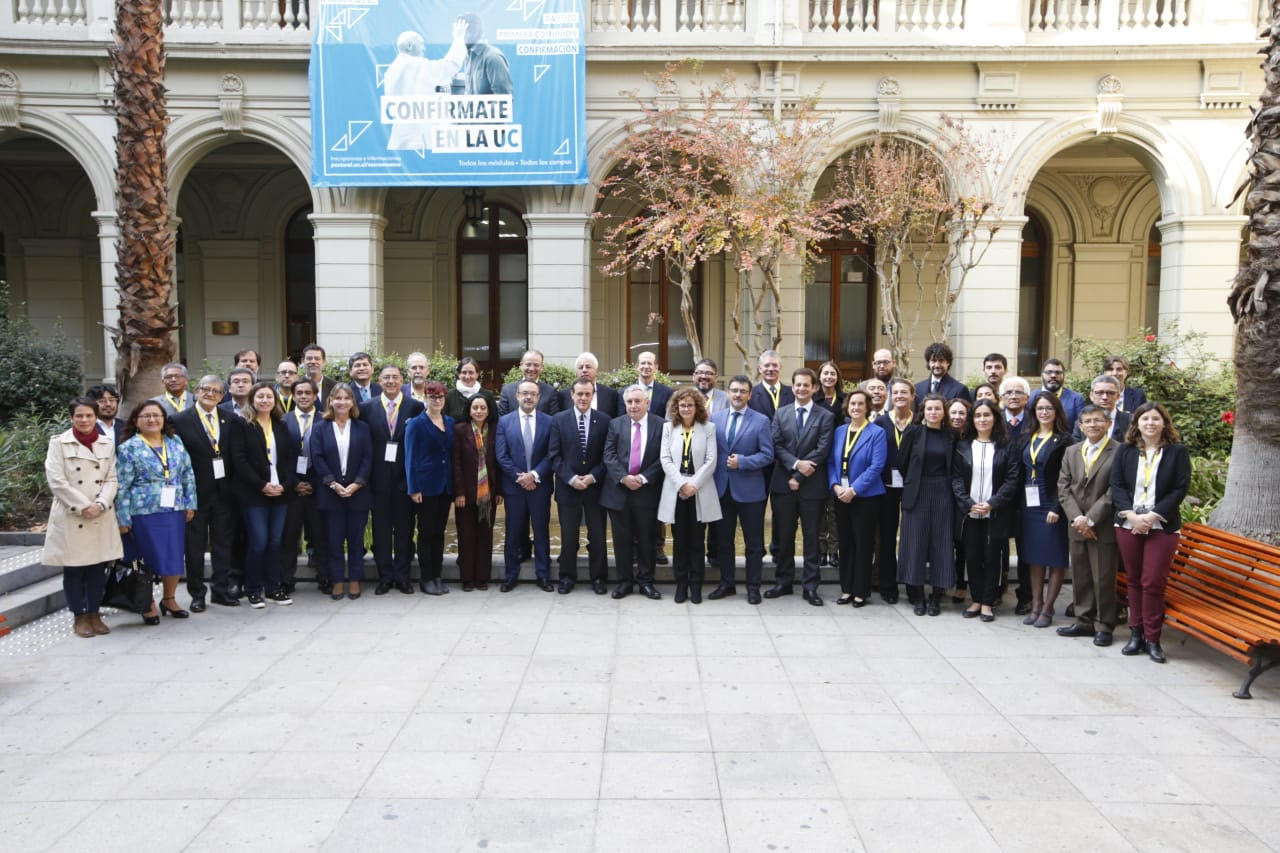 About 40 academics and authorities from eight Latin American universities are participating in the first Forum of Universities of Countries of the Pacific Alliance, a pioneering initiative in the continent. This meeting, organized by Universidad de Chile, Ministry of Foreign Affairs -through the Directorate of Energy, Science and Technology and Innovation (Decyti) -, the Council of Rectors of Chilean Universities (CRUCH, in Spanish) and the Pontificia Universidad Católica de Chile, is taking place on May 7th and 8th, at the Central House of the Universidad Católica.

The forum seeks to contribute to the strengthening of multidisciplinary and transdisciplinary scientific cooperation, to address issues of global and regional interest; promote dialogue between academia, public decision makers and the business sector; and position the importance of science and science-based innovation for the design of public policies, the generation of business value and the development of citizenship.

“This forum seeks to strengthen regional integration. We believe that these types of initiatives are of great relevance to advance and deepen the ties between the universities of the region, and to be able to build a long-term relationship”, said Ignacio Sánchez, Universidad Católica’s President.

He also revealed the creation of the Observatory of the Pacific Alliance, more than three years ago, between the Universidad de los Andes de Colombia, the Universidad del Pacifico de Peru, Tecnológico de Monterrey de México and the Pontificia Universidad Católica de Chile. “We had and continue to have the conviction that, by integrating the efforts of the leading universities of member countries of the Pacific Alliance, we can contribute to research, knowledge transfer, information delivery and the particular demands of each of the nations”, said President Sánchez.

For his part, Universidad de Chile’s President, Ennio Vivaldi, stressed the durability that universities have over time, as an institution, emphasizing the role they play in Latin America in the production and expansion of knowledge, according to the regional reality.

On the other hand, Jorge Iglesias, director of the Directorate of Energy, Science and Technology and Innovation (Decyti), of the Ministry of Foreign Affairs in Chile, addressed the need to strengthen science. “We see a spectacular development of science, and on the other, a series of challenges that affect our societies: migration, loss of biodiversity and natural disasters, among others,” he said and continued stating that the Foreign Ministry is committed to “an alliance to the internationalization of universities ”.

During the opening day, Professor Olivier Dabène, director of the Political Observatory for Latin America and the Caribbean (OPALC) of Sciences Po, Paris, also participated with a keynote talk; and a panel led by Ulrike Susanne, representative of the Latin American Regional Office of the Siemens Stiftung International Foundation, and Sophie Daviaud, Scientific and University Cooperation Attaché at the French Embassy.

The afternoon gave way to thematic sessions, where the academics met to reflect and debate around two themes: Challenges in democracy, participation and inclusion; and Challenges in education for the future. It is expected that these workshops will generate collaborative and joint research projects.

Finally, in parallel, a meeting was held between the participating universities’ Vice-Presidents, to decide the next steps of this true platform for regional academic cooperation.