Protecting people from the abuses that could rise with the use of new techniques of neurotechnology and artificial intelligence, is what this academic from Columbia University seeks. Considered one of the five most influential scientists in the world by the magazine Nature, Yuste visited the university thanks to a meeting organized by the Future Congress, the Senate, and the UC Research Affairs Office. 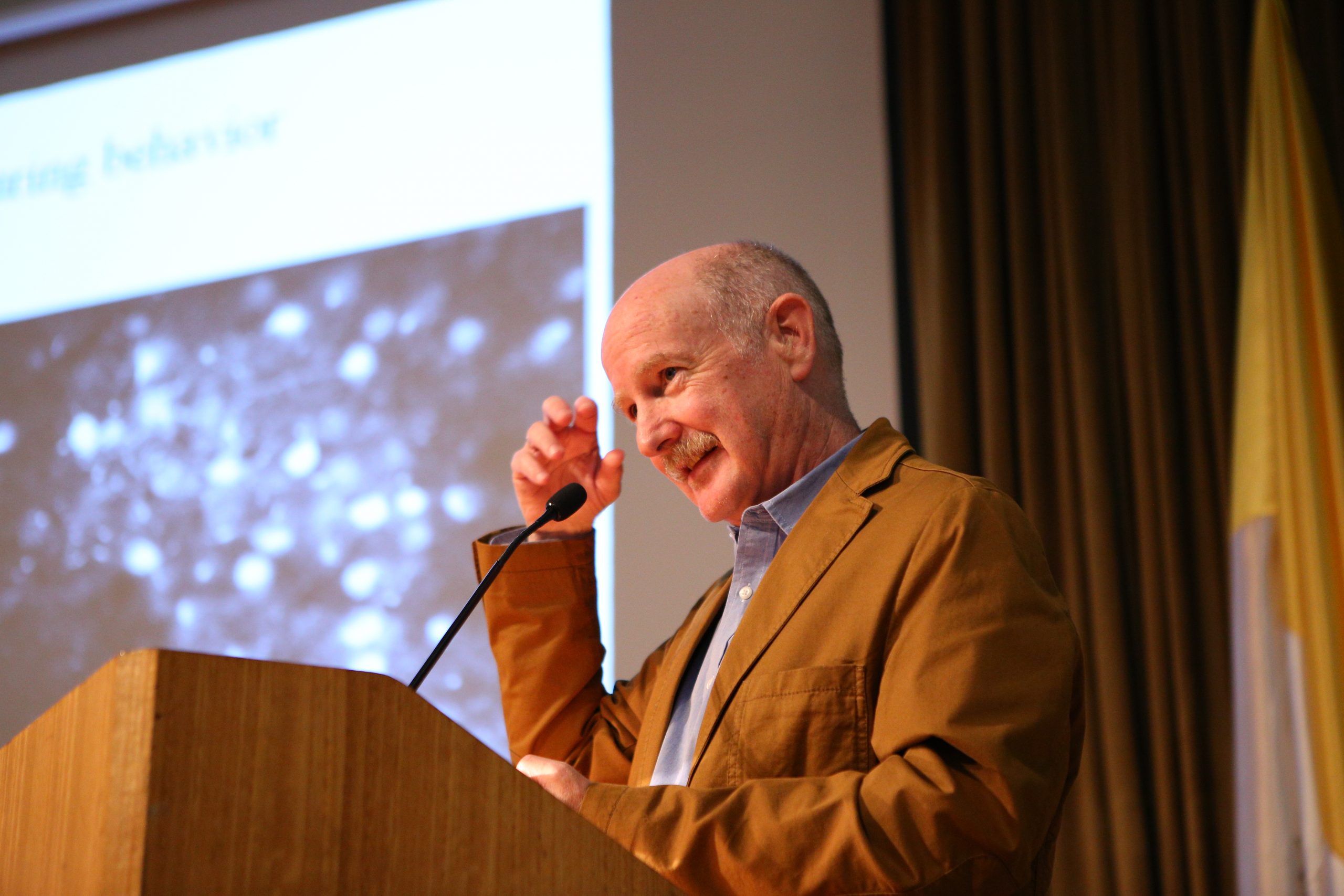 Neuro rights. That is the concept that the Spanish scientist Rafael Yuste coined during his visit to Universidad Católica. In front of an audience that filled the room, Manuel José Irarrázaval delved into his theory on how artificial intelligence and neuroscience should respect and preserve people’s privacy, identity, access and equality.

Yuste is a doctor in Neurobiology, academic from Columbia University, USA, and creator of the BRAIN (Brain Research Through Advancing Innovative Neurotechnologies) project, which seeks to investigate the capabilities of human knowledge, map the brain in greater detail and establish measurements that protect the thoughts so that, in the words of the researcher himself, they are not “hacked”. This program was sponsored by the former President of the United States, Barack Obama, with 6,000 million dollars for its development.

The neuro-rights, then -in the words of the scientist- would be the new human rights, which seek to protect citizens from the abuses that could arise with the use of new techniques of neurotechnology and artificial intelligence. It is a safeguard against the misuse of these scientific advances that we are developing.

At the meeting -organized by the Future Congress, the Senate, and the UC Research Affairs Office-, the President Ignacio Sánchez affirmed that what was raised by Dr. Yuste “has ethical and legal repercussions, in the area of ​​engineering, data management, in medicine… and what better than universities, which possess a wide range of knowledge and professors in all these areas, to be able to address and to collaborate in conjunction with the Congress and the Government, to create a platform for discussion and analysis in which we can link ourselves internationally with this project ”.

After the talk, “The new neurotechnologies: scientific, medical and social implications”, a panel discussion was held to analyze the different aspects, made up of academics. From UC, Luca Valera, from the Institute of Philosophy; Francisco Aboitiz, director of the UC Neuroscience Center, and Paulina Ramos, professor at the Law School; and Diego Cosmelli, academic of Psychology and Doctorate Director, as moderator. The dialogue focused on the ethical dilemma faced by the technological advance of medicine and how this affects and/or protects the guarantees of patients.

During his visit to UC, Dr. Yuste visited the laboratory of academics Francisco Aboitiz, Pablo Fuentealba, Sitaram Ranganatha and Tomás Ossandón, to learn about the neuroscience research conducted at the university. Also, at the end of the conference, he held a meeting with neuroscience doctoral students.

Among the distinctions he has obtained for his work are the Young Investigator award from the Mayor of New York, the American Society for Neuroscience, the Pioneer Investigator award from the Director of the National Institutes of Health, NIH, the Telva de Ciencia, the Hero of the Querer Foundation and the Eliasson to Global Leadership of the Tallberg Foundation. In addition, he is an honorary academic of the Royal Academies of Medicine and Natural and Exact Sciences of Spain; and in 2012 he was named one of the five most influential scientists in the world by the journal Nature. His work has been focused on the functioning of the cerebral cortex and how it is damaged by epilepsy and mental illness; and the adoption of ethical rules for neurotechnology and artificial intelligence (the “neuro-rights”) and their incorporation into the Universal Declaration of Human Rights.