“Artesanos de la Unidad” (Unity Craftsmen) is the name of this program that seeks to promote research cooperation among the three neighboring countries, in different areas. Establishing the bases for the development of projects, was the objective of the meeting held in Lima, which was attended by the Director of Research Affairs Office, and UC representative in this initiative, María Elena Boisier. 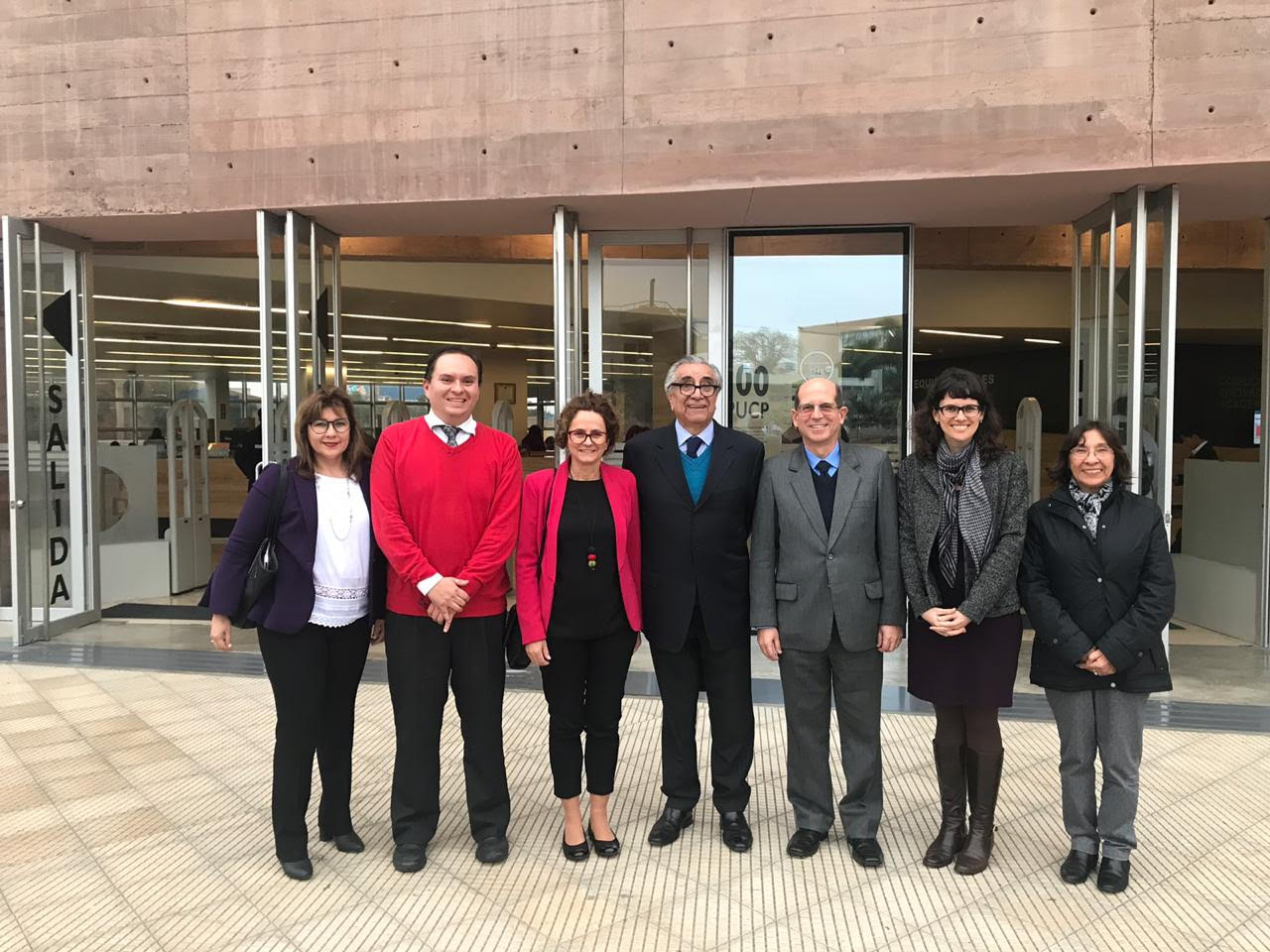 The agreement, “Artesanos de la Unidad” -signed by the Presidents of these three institutions, in January 2019- was born within the framework of the call made by Pope Francis during his visit to Latin America, to “weave unity, as a way of building history ”. The result is a Joint Academic Research Program, which will study the opportunities for scientific, educational, cultural, economic and social cooperation among participating universities and countries.

As María Elena Boisier, UC Director of Research Affairs Office and the responsible at UC to manage this program, explains the next steps and the work methodology to start developing collaborative projects and their areas, were agreed upon at the meeting held at the Universidad Católica del Perú .

Specifically, there are two programs. One will be focused on the field of science, humanities and culture, on topics of interest to the three institutions. The other will seek to identify the potential for cooperation and economic, social and cultural complementation among the countries involved, based on the integration  of border regions agendas. It will be oriented to the development of indigenous peoples, migration, mining, water and agricultural resources , physical, energy and digital infrastructure, among others.

“Through this joint work, it is possible to advance in the cultural and economic integration among brother nations, which have proposals for common development in several strategic areas. Catholic universities represent a bridge for broad dialogue and a meeting place for the benefit of the integral development of our countries”, declared UC President Ignacio Sánchez when the agreement was signed.

Since the agreement was signed, the representatives of the three universities have developed an intense coordination work. Identify the research topics of interest, the academic and technical resources, and the future steps to establish an agenda and cost estimate for the implementation of a seed capital that allows the execution of projects.

The meeting was attended by, on behalf of the Universidad Católica Boliviana, Susan Santillán, Academic Control officer; Omar Salinas, director of the Department of Environmental Engineering; Gustavo Fernández, director of the Institute of International Studies and in charge of the agreement by said institution. For their part, the members of the Universidad Católica de Perú were María de los Ángeles Fernández, head of the Academic Internationalization section, Academic Directorate of Institutional Relations; Carlos Chávez, Director of Research Management, Vice-President for Research; Elvira Méndez, director of the Institute for International Studies; Alberto Ferrand, head of the Office for the Development of Institutional Relations, Academic Directorate of Institutional Relations, and in charge of the Agreement from this university. Lastly, the Director of Research Affairs Office María Elena Boisier, the UC representative.

“This program is very relevant for us, to create a platform that allows us to promote research on topics of interest to our countries, promoting joint projects and creating new possibilities for the exchange of researchers in the future,” concludes María Elena Boisier.