To refine the last details for the next academic forum, and define the future steps of this collaborative platform, were the objectives of the meeting held in Stockholm between the organizing universities. UC was represented by a team led by Director of Research Affairs Office, María Elena Boisier. 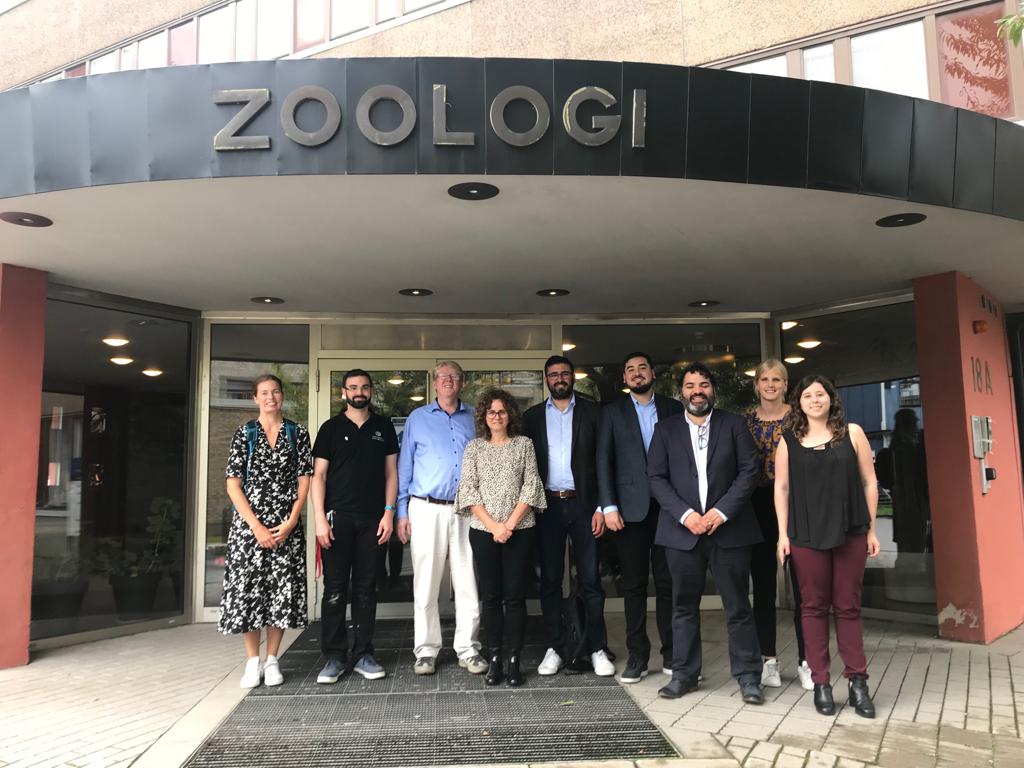 About eighty Chilean academics are expected to meet in Uppsala and Stockholm between December 2 and 5, at the Chile-Sweden Academic Forum – ACCESS. To fine-tune the details, a delegation of representatives from Chilean universities traveled to Sweden to discuss the next steps in this valuable instance of academic collaboration.

On behalf of the Catholic University, the Director of the Research Affairs Office, María Elena Boisier and Sofía Cubillos, Project Coordinator participated. Along with them, were the representatives of the University of Chile Andree Henríquez, head of the Vice-President for Research and Development Office; and Francisco Aguilera, in charge of monitoring the Internationalization Project

This forum is organized by the ACCESS platform, a collaboration network that seeks to deepen academic relations between the two countries. Precisely, the date chosen for this third meeting commemorates the 200 years of the first bilateral agreement between Chile and Sweden, signed between Bernardo O’Higgins and Johan Adam de Graaner, on behalf of King Karl XIV.

The platform was created in 2016 by the universities of Lund, Uppsala, Chile and Católica. To date, new study houses have been added. For Sweden, the universities of Gothenburg and Kristianstad, the Royal Institute of Technology, Stockholm University, Swedish Agricultural University and Södertörn University; While in Chile, the universities of Santiago, Magallanes, Aysén, O’Higgins and Concepción have been incorporated, aiming at achieving greater integration with the regions. In fact, the 2020 forum will be held in the city of Punta Arenas.

The 2019 version of the forum will be hosted by three universities: Uppsala, Stockholm and Swedish Agricultural University. There are three main areas of study that will be addressed at the meeting: health, natural resources and challenges.

They also visited the University of Gothenburg, which will host the 2021 Access Forum. Furthermore, they toured the Center for Future Chemical Risk Assessment and Management (FRAM) and the Swedish Mariculture Research Center, Swemarc. Both centers are part of “UGOT Challenges”, an initiative of this university to promote interdisciplinary research on social challenges.