The protection of brain privacy is the topic that was debated in the colloquium “Is it time for neuro-rights?”, A debate in which leading national experts participated along with the Columbia University academic.

Technologies capable of decoding the information we have in our brain and literally reading our thoughts, is the scenario raised by the Spanish neurobiologist Rafael Yuste. Although they seem like situations taken from the science fiction series “Black mirror”, it is an increasingly closer panorama, in fact companies like Google are already moving in that direction. Given this reality, should we legislate to protect the right to our mental privacy?

This is the big question that was posed in the colloquium “Is it time for neuro-rights? A reflection meeting organized by our University through the Faculties of Medicine and Law, the UC Research Affairs Office, the  UC Anacleto Angelini Innovation Center, and the Future Congress/Senate. 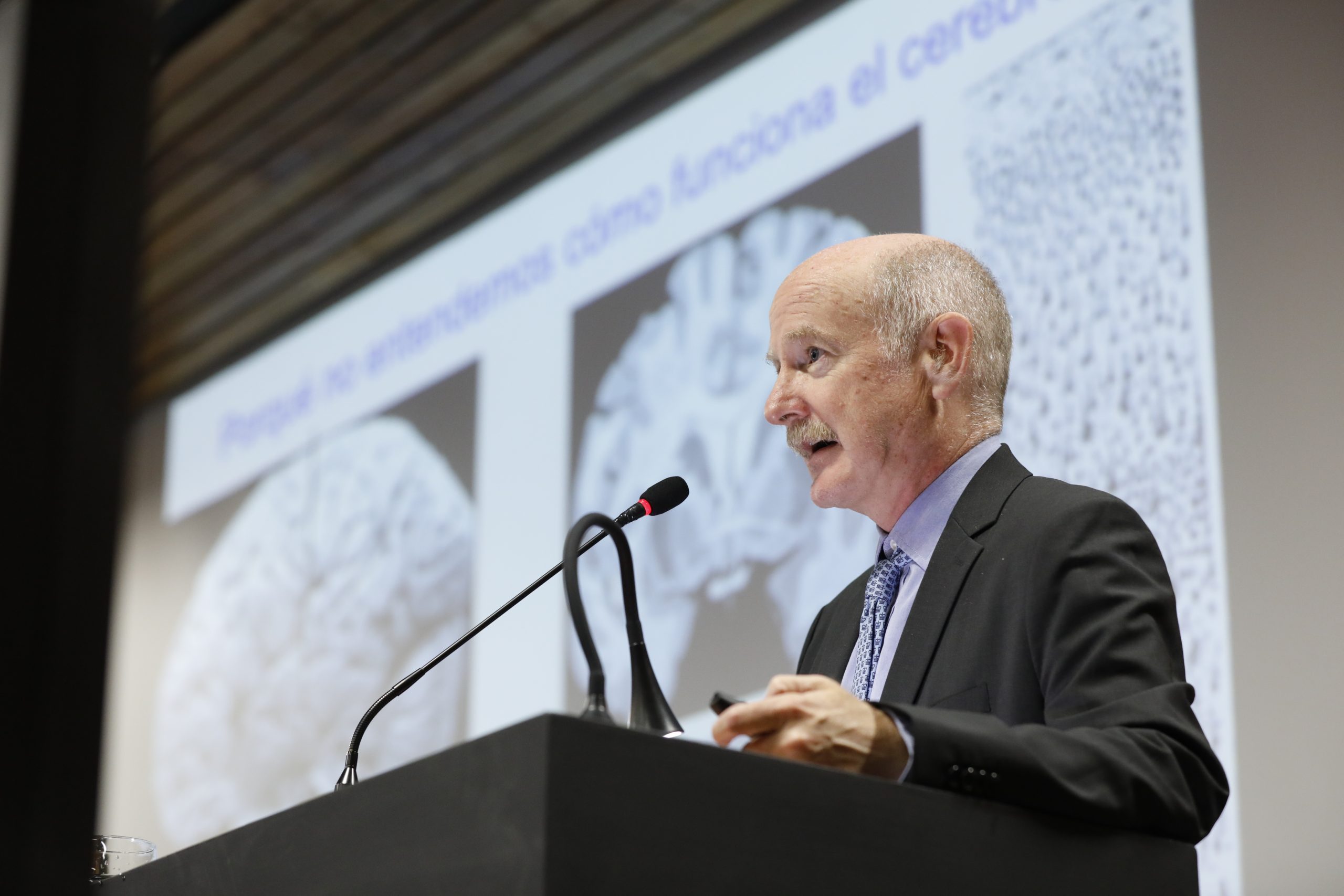 “Contributing to the discussion of this type of topic, with relevant effects for our society is part of the public commitment of the UC. Accepting different views, we wanted to analyze which are the most appropriate legal instruments to protect these neuro-rights, always ensuring the dignity of people”, said President Ignacio Sánchez and added that it is about “protecting the identity of the human being, so that it does not dissolve in thousands of data in the internet”.

People’s “neuro-rights” can be understood in two aspects: mental privacy, that is, for example, the medical data of people’s brains is treated with a confidentiality comparable to that of organ transplants. And the second, the right to identity, maintaining the individuality of people.

“We are opening the brain’s lid and we are beginning to discover its contents,” says Dr. Yuste. This is why the neuroscientist proposed including neuro-rights in the Universal Declaration of Human Rights. These rights would be five: mental privacy, personal identity, freedom to make decisions, equitable access to increased cognitive abilities and protection against the biases of artificial intelligence algorithms.

At our university, research and progress is being made in brain-computer interfaces, especially useful for people suffering from cerebral palsy, stroke, or mental illnesses such as schizophrenia. As explained by Dr. Sergio Ruiz, an academic from the Faculty of Medicine, progress has been made in studies to “self-regulate an area of ​​the brain, this would allow, for example, obsessive compulsive patients to deactivate certain areas of the brain that activate certain behaviors.” Even, continues the expert, “with certain essential data the brain can be decoded, the emotional state of a patient.” However, given the possibility of legislation regarding neuro-rights in Chile, Dr. Ruiz warns about the risk of reducing the protection of patients who need it most.

For his part, Senator Guido Girardi delved into the initiative to “advance a neuro-rights and neuroprotection project. That is, to regulate the use of these technologies for an altruistic purpose, and at the same time, to protect the identity and autonomy of the human being by preventing the manipulation of their feelings, memories or inserting hatreds or thoughts that are not their own”. It already has the signature of the 25 most important neuroscientists on the planet and a group of Chilean scientists and intellectuals, “who are going to support the first bill in the world to establish neuro-rights, grant a different status to neuromental data and criminally associate them with organ trafficking”. “This is a pioneering legislative initiative, which seeks to make us understand that we need, more than ever, to protect the will of the people,” adds Senator Francisco Chahuán.

“We have to protect the mind, but should we do it through neuroprotection?” Asked the academic of Psychology and director of the Doctorate, Diego Cosmelli. “The idea of ​​legislating on neuro-rights is necessary from a practical point of view. My first concern is the ambiguity of the terms used in the bill. For example, what is meant by mental, is it just brain activity? While my second concern has to do with what the neuro-rights intend to protect, what are the specific actions that are sought to regulate?”, Said Pablo López Silva, academic from the Faculty of Philosophy of the University of Valparaíso. “We need to legislate on neuro-rights, but legislation that informs the public, that is punitive and that regulates their access beyond the medical, which is the real threat to our mental privacy,” he added.

Finally, when faced with the question “Should we legislate regarding neuro-rights?”, The Law academic Raúl Madrid responds: “Legislation is advisable, but not necessary. The Constitution currently protects the privacy of individuals”, also adding that the contents of the legislation are “diffuse”and wondering about the objective of this law.

During his visit, Dr. Rafael Yuste met with UC academics who are working on these issues and with doctoral students, where he delved into his area of ​​research.